Yes, cats can play fetch! It might not be as common as with our canine friends, but cats can learn to play and enjoy a game of fetch 😺. Read on to find out more about games for cats, how to train your cat to play new ones, and how to make cat toys.

How do cats play?

Games cats like to play often harness their natural instincts and behaviours such as pouncing, jumping and stalking. Cat games with mice or feathers on dangly string are a classic, but there are also cat nip toys, balls, tunnels or hidey houses, scratching posts, puzzles and brain games, interactive motion toys and more! Some of these have added benefits such as keeping down claws, promoting oral health, and boosting mental stimulation.

Kittens and younger cats commonly show mock fighting behaviours through their play. This continues into adulthood but will generally become less rough. Get to know your pet, and learn how to read their behaviour to tell the difference between fun play and genuine stress or fear. When a cat is play-fighting, they won’t usually vocalise (growls, hissing etc) and their ears should not be flattened back.

Games with cats can be a great way to encourage pet-owner bonding, but there are also some suitable toys for cats to entertain themselves. Just keep in mind that your pets should not be left alone with anything that could be a choking hazard.

How to train your cat to play new games

Cats can be trained to play new games, but this should always be for fun rather than performance or tricks. Training a cat should involve plenty of positive reinforcement, as with training a dog. However, a key difference in their learning behaviours stems from the different hunting styles of their ancestors. Wild dogs would generally spend longer hunting their prey, whereas wild cats chase in short, sharp bursts. This means that pet cats are prepared to use up less energy for a reward than a dog will! So, treats may need to be given more frequently, and training sessions should be shorter.

Another point to consider is that humans just aren’t as good at reading feline behaviour. This is partly because cats are less domesticated, and the roles they would have played for us originally, such as ratting, involved more independence and less human interaction.

Start by picking some appealing toys. Cats love movement, so any game that involves fast-moving parts can be a good way to get their attention. Toys that are reflective or have interesting textures can also be a winner, but squeaky toys are a bit like marmite – some cats love them and others get startled! You might need to try a few different toys to see what intrigues your pet the most, and reserve special toys for pet-owner play so your cat does not get bored by unlimited access.

To train your cat to play a new game, such as fetch, pick a quiet place away from distractions and choose a time that your cat is naturally active. Play before a meal-time can work well. You can then start to mimic cat play behaviours, such as chasing around a ball and getting down on their level. This might feel silly but it shows your cat through body language that it’s time for a game.

Some cats are naturally inclined to fetch things, making training relatively simple – all you have to do is keep picking up and throwing their favourite toys. Others are more food-motivated and you can reward a successful fetch with treats. You can also start by using toys that contain treats, although often once these have been ‘fetched’ they won’t get brought back until they are empty of the tasty morsels… However, the main thing is that your fab feline is having plenty of fun.

Are catnip toys safe for kittens?

Yes, catnip is safe for kittens. However, young kittens might not react to catnip in the same way as older cats. Catnip is a herb and contains the essential oil nepetalactone which is thought to trigger ‘happy receptors’ within your cat’s brain, although not all cats respond to this.

With any kitten toys, avoid leaving your pet alone with something that is easily chewable or could form a choking hazard. This includes catnip toys, as they could get an upset stomach from eating too much of the herb.

How to make cat toys

There are plenty of great toys available in your local pet store, but homemade options can also provide an afternoon of fun. Cardboard is a versatile starting point, easily available and recyclable when you’re done. Here are a few ideas for cardboard creations:

Take a sturdy cardboard box, in a size that your cat can reach the upper surface easily. A flat-shaped box might work best. Cut a series of holes on the surface that is facing up and remove one of the sides from the box. You can then roll up this cardboard to create a rod and attach one of your cat’s toys to poke up through the holes in the box.

For an easier DIY project, repurpose a cardboard tube by stuffing a few bits of kibble inside with some scrunched-up paper. As your cat plays, bits of food will come out as a reward.

Ok, not a toy as such! But some cats just love a good spot to hide. Cut cat-sized holes in a cardboard box and position it somewhere new. Or why not make a cardboard tunnel by attaching a series of these together?

How much exercise do cats need?

Play is a great form of exercise, as it is an engaging way to spend time with your cat by keeping them active. Two sessions of 15 minutes daily is ideal.

Love pets and fab freebies? So do we! Sign up below to be the first to know about great competitions and offers.

Join in the conversation over on our Facebook page.

For freebies, pet advice and prizes 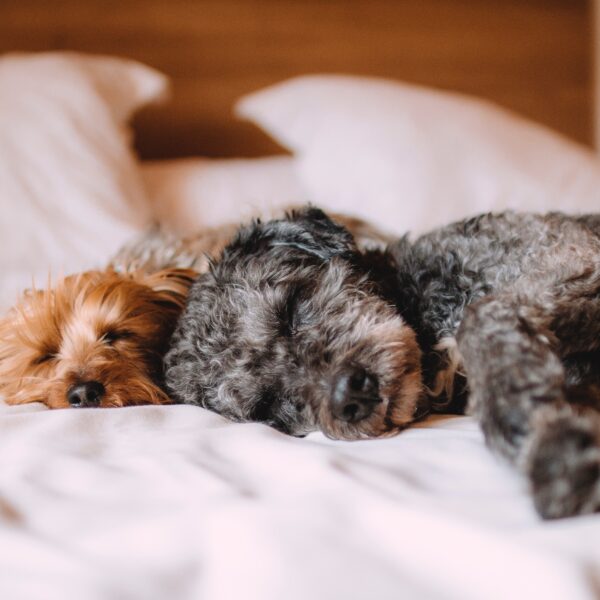